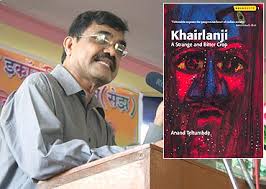 The party whose parentage remained infamously reluctant to accept the tricolour as the national flag until yesterday has come out with a diktat that all central universities will fly the 135 Kg tricolor flag on a mast of 207 feet height. On 18 February, this decision was taken reportedly in a meeting of Vice-Chancellors of 42 central universities with the HRD Minister Smriti Irani in chair. No guesses for whose decision it was if one learns that it was meant to “to counter the rising tide of anti-nationalism sweeping the campuses”!


While no one can possibly have any objection to flying the national flag anywhere, now that the 2002 Flag Code permits it, least at the establishments belonging to the government, the context and the manner in which it is being implemented are surely amusing and questionable.


Coming close on the heels of a series of shameful actions by the government in arresting an innocent student leader for nothing but that he was named by the ABVP, the student wing that does not have much student support in the campus but has the backing of the party in power; criminally doctoring the video therefor as an evidence, unleashing the goondas in guise of lawyers to beat up students and journalists in the court premises, and asking police to play a partisan role which has been condemned by all over the world, the party still persists with its idea of nationalism. The schizophrenic behavior of the RSS, its ideological storehouse, on all issues of constituting India into a modern democratic nation is too well known to be elaborated here. While the RSS had unfurled the tri-colour at their headquarters in Nagpur on August 15, 1947 and then on 26 January 1950, they scrupulously avoided it despite public criticism and only this year after 52 years resumed its hoisting. When some youth had hoisted a tricolor at their headquarters, the RSS had filed a case against them that ran for 12 long years. As late as last year they publicly made statement that the colour of the flag should have been saffron.
The premise that of what happened in Hyderabad, Jawaharlal Nehru and Jadhavpur universities was anti-national is presumptuous. It purports to valorize a particular version of nationalism that the hindutva forces want to push down the throats of diverse people of this country. The idea of India that is crystallized through the freedom struggle into the Constitution is India of diversity, which is violated by such force-feeding of nationalism. This idea cannot be shaken even by anti-Indian slogans; howsoever they may sound morally abominable to some. Notwithstanding these slogans were reportedly given by the outsiders (some suspect by the hirelings of the ABVP itself), they would not be anti-national even if they were shouted by the JNU students for a simple reason that India that represented hegemony of Brahmanism, Hindu nationalism, ascendance of obscurantism, feudalism and comprador neoliberalism that is oppressive to the majority of people is not acceptable to them. They only reflect hatred for the ruling classes for using the empty notion of nationalism to enslave people. The imagination of India contains such ‘anti-India’ slogans in the same way as the burning of American flag in Dallas was contained in the free speech enshrined in the constitution as the US Supreme Court held.


It is amusing the party whose contribution to making of the Indian nation is zero, is accusing others of anti-nationalism! Its ideologues had never conflicted with British imperialism and rather conspiratorially aided its divide-and-rule policy by toeing a communal line, subverting the mass movement for independence. Guru Golwalkar, who was the second Sarsanghchalak of the RSS, and its main ideologue, had this to say to his countrymen then: “Hindus, don’t waste your energy fighting the British. Save your energy to fight our internal enemies that are Muslims, Christians and Communists.” The party that holds this guru who spread communal poison among people, in veneration, is claiming to be the harbinger of patriotism. It was this communal poison of their ilk that eventually cut off the arms of mother India. With its new found zeal for pseudo nationalism it is creating conditions for many more partitions in coming times.

This flag hoisting fad moreover seeks to drown some valid questions raised by the recent student movements in campuses. These movements summarily reject the idea of nationalism BJP seeks to project. It demanded India free of Brahmanism, communalism, feudalism, compradorism, gender oppression, hunger, illiteracy. It rejects questioning of hangings of Afzal Guru, Yakub Memon, etc. as anti-nationalism and demanding the right of Kashmiris for self-determination as seditious. It challenged their self-appointment as nationalist and also their idea of cultural nationalism, the idea associated with an over-centralised nation seeking cultural standardization based on a religion.


The government that is starving universities of funds and pushing them towards self financing to exclude poor is asking them to incur significant capital and revenue expenditure towards this meaningless project. It obviously poses the question of priorities of this government, which people must ask. With the economy in shambles, the crisis for the majority of people mounting, the government has been fooling them with rhetoric, theatrics and pop patriotism. In fact, the flag that commanded innate respect of people shall henceforth be a teaser for those who dissent the Hindutva schema. Perhaps that is what the BJP wants.