We the fodder for tigers and the safe heaven turned into losing hell. By Palash Biswas

We, the fodders for tigers and the safe heaven turned into losing Hell 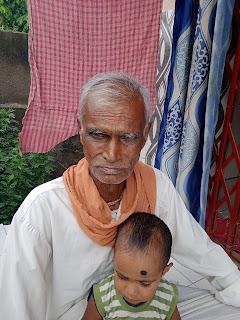 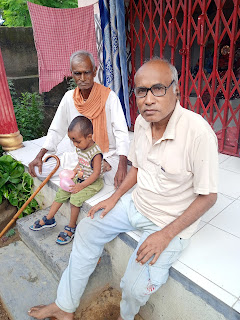 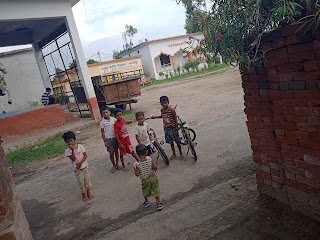 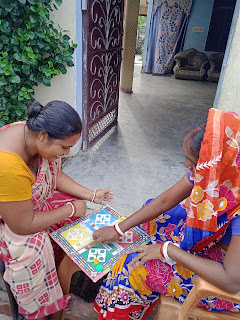 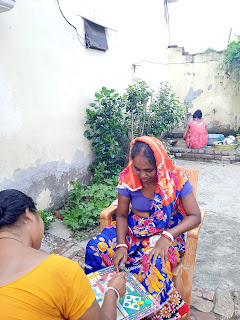 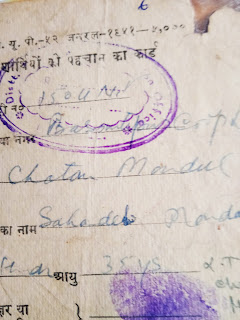 It was not their fault that Inda was divided and they were ejected out of history, geography and homeland.

It was rather the vengeance of the political hegemony which  drew the border line thanks to Redclif commission allied with interested parties who wanted to nullify the election of Babasaheb Dr. BR Ambedkar to the constituent assembly from East Bengal.

The legacy of the freedom.fight for two hundred years by the peasantry of East Bengal and their political might had to be discarded. They have to be punished for thier freedom struggle to liberate Indian Peasantry.

Unprecedented hate,violence and riots ejected our people from East Bengal. They were put into congested transit camps where they were fed the ration left by British and American military who camped there during second world war.

Ultadanga and  kashipur were the first refugee camps made in 1947 and later almost every part of West Bengal became refugee camps which were inflicted with pendamic cholera an amaal.pox just because of the rotten food years old, specifically in Ulta danga, Rajaghat and kashipur camps.

Hundreds died daily in these camp without medical care. It was systematic massacre which continued until sixties up to Madhy Prdesh camps including the Mana camp and other camps around Raipur, now the capital of Chhattisgarh.

West Pakistan refugees were resettle within 1950 on war foot level with compensation and land not less than 10 acres just because entire Punjab stood with them to get rid from the Holocaust.

But the Bengali leadership had no sympathy with the refugees nor they ever supported the refugees nor rehabilitated. The refugees stranded in West Bengal face the worst even after seven decades of independence without home,without employment and livelihood. Facing intensive caste bias an persecution.

At least,we the people sent out of Bangla enjoyed the support and fraternity of the local communities ,adminstration and even politician across party line.

The East Bengal refugees who crossed the border in 1946 and onward, were dumped in dense forests in tribal areas, in hills and in the islands ie Andaman Nicobar.

The East Bengal refugees were made fodders for the tigers as they had to survive in the dense forest until 1954 without any survival kit or support. These marshy lands also inflicted cholera and pox at large scale which stopped the inhabitation for thousand years and tribal people were living there.

The politics was to pit the refugees against the tribal.people so they should succumb in infights.it ,however,did not happen as we have fraternal relationship with the tribal people countrywide. It was the project to break the tribal cscheduled areas using refugees as human shields.

Pdt Govind Ballabh Pant as the then chief minister of Uttar Pradesh was the man who  helped most the refugees to resettle the West and East Pakistan refugees in the dense forest in the Terai region of Uttar Pradesh specifically in Nainital and Pilibhit districts.

Whereas Punjabi refugees were rehabilitated within 1950, the East Bengal refugees were stranded in the dense forest since 1949 to 1954,full five years.

In Pilibhit, Beharaich and Lakhimpur district they were settled in the core jungle area and forest land which remains with the forest department even today on lease with five acres of land on which they have no land ownership  right.

The East Bengal dalit refugees settled in Mala Tiger Project in  Pilibhit district in Uttar Pradesh in fifties have been reduced to fodder for the tigers and they have to sacrifice themselves for the freedom on India ,ironically after full seven decades of independence.

In Nainital district ,the people stranded since 1948 were rehabilitated only after their movements in 1954 and 1956 led by Pulin Babu, Radha kant Roy and others and they got the most eight acres land in the forest which they had to cultivate fighting with the tigers,elephants,bears,buenas and poisonous snakes.

After partition ,our people considered India, a safe heaven which turned into losing hell.

My village Basantipur, named after my mother's name, had the people whose ancestors were the  fighters of the East Bengal peasant uprisings for two hundred years since the war of Plassy in 1757.

Many of them crossed the border between 1947 to 1950. The were dumped in different camps in West Bengal including kashipur, ulta danga, ghusudi, Rajaghat and kaksha wherefrom they were shifted to Charbetiya camp in Odisha and from there they were sent to Nainital.

Every family lost their dearest ones in camps and forest,not in the bloodshed during population transfer.

Every family was reduced to brothers, father and son, mother and son uncle and nephew,orphans and so on.They had to reorganize the family.

Phoolchand Mandal now 88 years old crossed Ichhamti river to land in Bashir har in 1946 being scared of the partition because of direct action in kolkata and the riots followed.

They entered the kaashipurr camp  after 15 August 1947 and lost his grand father, grand mother,mother and a sister. He was only a child Ved below twelve years within 15 days. Only phool chand and his father Chetan Mandal survived.

Phoolchand  says,they were dumped in military barracks od second world order like animals and fed the ration left by British and US military.

It is the same story of other refugee camp with some variants.

They were later sent to two camps in Vardhaman including  one in kanksha. Fron

kanksha his father Chetan Mandal,Chetan's aunt from native place in Khulna who joined them after the deaths were sent to Charbetia,near Cuttack.

Within a year they were sent to Nainital. They came by train and the first tented camp in the jungle was kichcha Railway platform.

They had to live in such tents in kanpur number one and Vijaynagar until the Basnti our,Uday nagar and Panchananpur refugee families sat on hunger strike in Rudrapur in 1954. They lived on jungle fruits, plants and roots for three years until Basantipur village came into being.

Settling in Basantipur ,the villagers arranged his marriage to a ten year girl,geeta,the daughter of Hazarilal  Gaine

Phool chand told that the refugees resettled in kanpur number one, Mohan our number one and Radhakantpur were stranded in Teri jungle since 1948.

My father Pulinbabu lived alike Gandhi with a dhoti only facing the winter of the hills and fought lifelong for the rehabilitation of the refugees. But his life was not enough to reserve the East Bengal refugees. He succumbed to cancer on 12 th June  in 2001. His sustained journey countrywide and across the border,his sacrifice were not enough and we are predestined to inequality and injustice.

The rehabilitation was delayed. The people crossing border in 1947 have not been rehabilitated as yet.

Late in 1960 the Sanskaran project was launched in 1960. But most of the refugees faced the hell losing without any rehabilitation as yet.

Until 1960 they were resettled with five acres of land which was reduced to three to one acre only within 1971.

Thereafter they were termed as illegal migrants with the citizenship amendment act 2003.

Posted by Palash Biswas at 3:44 AM